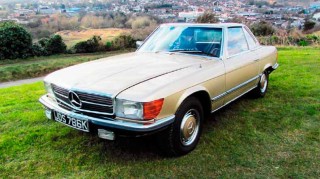 The market may be flattening but the general election

Rejoice – the world may have been going to hell in a handcart but the old car market chugs on and good cars are still out there for us enthusiasts.

The market may be flattening but the general election, falling pound, over-leveraged consumers and general slowdown in spending doesn’t seem to have sent anyone running for the hills. The old car business seems to be chugging along broadly unperturbed.

Modern Ferraris and Porsches are down, Mercedes of most eras are holding steady, Austin-Healeys are strong, E-types may be weakening slightly, three-door Range Rovers are up and vintage stuff is having a comeback – witnessed by the £550,300 Bonhams took for a pretty 1914 Rolls- Royce Silver Ghost Tourer. But while we haven’t seen any big retraction in values the polarisation between the exceptional and the average continues to widen.

Really awesome cars such as Silverstone’s ’1971 Aston Martin DB6 Vantage with 36,000 miles still fetch strong prices – £348,750 – while H&H’s tired ’66 Vantage with 93k and lots of work to do made £249,700. Bonhams drew £259k at its July Festival of Speed sale for a perfect ’62 E-type convertible, yet despite very sensible estimates Historics at Brooklands didn’t sell either of its brace of ’62 roadsters. Pernickety enthusiasts are looking for real quality and will still pay all the money when they find it.

At H&H’s June sale I got distracted bidding (unsuccessfully) for a modern Bentley Continental and missed the bargain of the day – a ’1972 Mercedes-Benz 350 SL R107 in period gold, still on hubcaps, with 63,000 miles and in lovely nick for only £7875. I drove home depressed with neither the Bentley nor the ’Benz.

The construction, retail, commodities and service industries have all fallen back but old cars have only hiccupped. The latlining of average classics is good for enthusiasts who aren’t afraid of doing some gentle detailing, and the tearing urgency to buy at any price has, thankfully, disappeared. We’ve survived the worst recession since WWII, Trump, Brexit and political upheavals at home. Look on the bright side – things could be an awful lot worse. I do wish I’d bought that 350 SL.