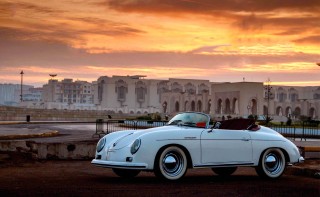 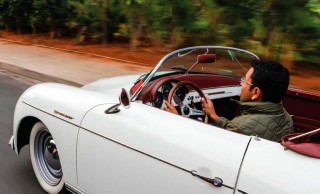 Rick’s Café, Casablanca. No, not the movie but the actual Rick’s Café in the actual city of Casablanca. We’ve spent the last eight days taking in everything this incredibly exotic country has to offer – took the ferry across the Mediterranean to Tangiers, sipped mint tea at Hafa Café overlooking the shimmering waters of the Straits of Gibraltar, crossed the Atlas mountains on Morocco’s most dangerous road, motored through the gates of the Sahara at Guelmim catching the sun rise over the sands of the Sahara, got ourselves beached in the dunes whilst recreating our very own Dakar stage, found the best driving road in the world going south to Layounne with the sands of Africa on the east and Med on the west, drove a Series 1 Landie in those sands, got scammed by street artists at Jemaa el-Fnaa, saw the most beautiful women in the world spilling out of a night club in Marrakesh and drank coffee so thick you can stand a spoon in it. Now we are at Rick’s Café, the manager playing ‘As Time Goes By’ on the actual piano used in the movie, the producers recreating that iconic scene from the movie where Humphrey Bogart’s Rick, resplendent in his white tuxedo, tells his house pianist: "Play it again, Sam". Only thing missing? Ingrid Bergman.

Tomorrow we head back home, but before that Morocco has one last surprise for us, a parting shot if you will.

THE RIGHT TIME. SIX IN THE MORNING. 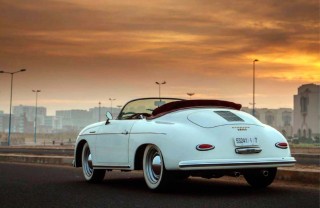 Don’t know how, but whether it’s rising or setting the sun paints the skies of Casablanca an incredible smorgasbord of reds and yellows. It’s all too beautiful for words, but words are being saved for the car my friend Rafik has just rolled  up in. A Porsche 356 Speedster.

The  only  one  in  Africa.  I’ve  only  seen these in the Porsche museum in Stuttgart and I can’t imagine there being one in Morocco of all places; can't believe Rafik has no problem with me driving it! The  roads  around  the  Hassan  II  mosque  –  the second largest mosque in the world – are closed for early morning joggers but nobody minds us moving the barriers to position the Speedster for pictures. This, after all, is a thing of incredible beauty. It wasn’t made to be beautiful, the 356 was derived from the Beetle with its body shaped purely by aerodynamics and then Porsche’s American importer implored the factory to strip down and chop off the roof for his customers in Southern California. The result is the Speedster, a timeless classic and one that put Porsche on the map. This was a car designed by Ferry Porsche on pen and paper, not a computer, with panels hand beaten over wooden bucks. Perfectly proportioned, beautifully minimalist and lovingly maintained. We could stare at it all day but it’s the right time not just for our cameras but for us to hit the roads before Casablanca’s streets start getting crowded. And so we head out on the cornice, sort of like the Marine Drive of Casablanca, to experience wind-in-the-hair motoring. 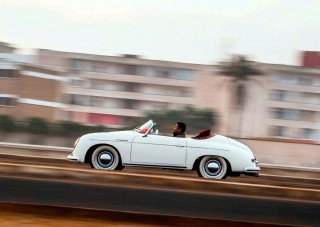 Rafik leads the  way  and  isn't  holding  back.  Or at least it feels like he isn’t holding back. I guess he thinks if I’ve driven around his country for a week without running into the law so I should be okay down the cornice. Well, okay then. I give it gas. Gently I let the accelerator go all the way to the floor. Contemporary reports put the power output of the Speedster at between 75 to 105bhp but the thing is the Speedster is really light, light enough not to need power steering, and it makes for a sprightly car. With the flat-four behind my head, behind even the rear axle, and lovely open pipes, there’s an overabundance of all those sensations that make open top driving such a joy - the sounds, the smells oozing out of a

car older than you, the mechanical connection to everything. You take it easy with the gearshifts, even though this has synchromesh you pause for a bit from first to second, from second to third, let the gears breathe, wary of gears gnashing and it being the end of your drive. Your mind focuses on the task of driving the Speedster cleanly, yet quickly. Rev- match the downshifts. Be wary of the brakes. Remind yourself that the 356 you raced on Need For Speed always crashed backwards into the wall.

Then you let off the gas, release some of  the brain power that’s going  into  driving  what  must be a very, very expensive car, and just take it all in. The beautiful road, the rich hues across the sky, the cool sea breeze, and a car that was called the most significant technical accomplishment of its time. 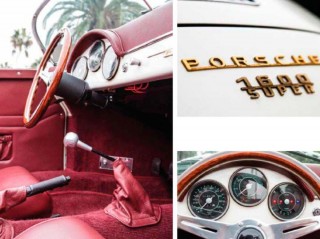 Run through a few intersections and we  drive into a very expensive residential area, lined with those palm trees that tell you, in no small measure, that you're in an afluent coastal city. The roads here have a few corners and I back right off. If you’ve spent your formative years playing Need For Speed, you’ll know what a bitch the 356 is. And like hell I'm going to explore the handling limits on a public road, in a foreign country, with an overabundance of beautiful palm trees to hit. But I must also tell you about the Speedster’s handling because that’s a huge part of its legend, the reason they say quite a few 356 owners didn’t last long enough to graduate to the 911.

The engine, a flat-four, is mounted behind  the rear axle, a pendulum style rear axle that was super- sensitive to how you played with the throttle. Stay on the gas and you’d be okay. Lift off and the suspension geometry changed, causing the tail to swing a great wide arc calling for lots of wheelsmanship and opposite lock to stop it from going backwards into the hedges. It was a driving style raised to an art form by Porsche fanatics, using that swinging tail to make short work of tight stuff, drifting through corners, earning photographers at racetracks their pay checks. I'm told these latter 1600 Speedsters had revised suspension parts and geometry that made it more neutral – still a car that slides and drifts but one that does it more predictably. After all, the fastest way to drive the Speedster was with a drifting tail. This wasn’t a car that cornered on rails. It introduced contemporary automotive testers to power oversteer; it was probably the reason why accomplished testers of that era were (and had to be!) as capable on the race track as they were with their pens and typewriters. 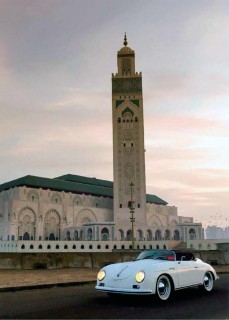 It takes a superhuman effort not to poke around these traits with somebody else’s Speedster. Turns out I shouldn’t have worried. You see this isn’t a Speedster from the sixties, this is a replica built in Canada in the eighties! Intemeccanica has been building authentic replicas of classic Porsche’s and this one was ordered by a movie director in California before shipping it down to Casablanca where it has found a home at RM Classics. It has a VW flat-four engine, more sophisticated suspension and brakes; but everything else is period perfect. The padded bathtub of an interior. The perfect relation of steering to seats to pedals. The ease with which you heel-and-toe, more often than is strictly necessary. Four speeds on a short throw gearbox. The direct connect from the steering, a helm that tells you everything you want and also the stuff you don’t want to hear. The feather- like weight. I guess when you push it she will also bite back but I didn’t ask questions for which I didn’t want answers. Even the entire driving experience is authentically classic, that ping-y cadence of the VW engine feeling genuinely post-war Germany.

From the 356 came the 911, also with the engine hung out behind the rear axle, also with arresting handling traits. And the Speedster name stays alive on special edition 911s, a trick that Porsche happily employs to fill their coffers. Just like Rick's Cafe continues to do roaring business, from tourists living out their movie fantasies, yelling at whoever’s on the piano to, “Play it again, Sam”.

Above: Why do all Porsche’s, be it a 911 or a Cayenne, have the tacho in the centre? Because it all started with the  356! Left: Cabin is a Bathtub

Facing page below: Enough room in the nose for a toothbrush. Above: A silhouette that could on the Speedster’s. 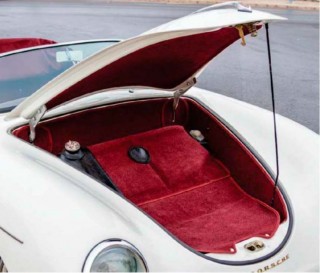 Sirish DUS Chandran has not set their biography yet