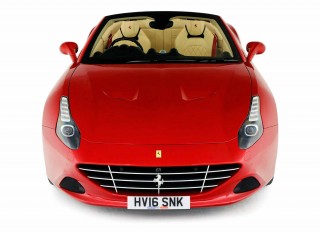 Super Cali, Fragile Is It? Ferrari’s first-ever front-engined V8 car was its new entry-level model at launch over 10 years ago. With prices now falling down to around £70,000, should you take the plunge? Story by Richard Dredge. Images by Michael Ward.

Although it may not go down in history as the greatest Ferrari of all time, the California was certainly a game changer for the marque. Not only was this the company's first ever car with a V8 engine in the nose, but it was also its first ever coupe-cabriolet. As such, it was designed to provide year-round usability, and because it was also Ferrari's cheapest model (priced at £143,320 when it was launched), it was also relatively attainable. This latter point is crucial because it was the California that enabled Ferrari to appeal to younger buyers, who were more likely to use their cars frequently, instead of just for the odd dry-weather run. Well, that was the theory, anyway.

“Servicing costs are much more manageable than you might think” 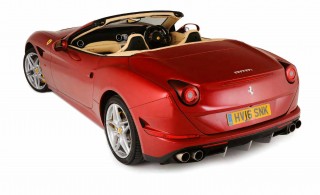 The world got its first glimpse of the California at the September 2008 Paris Salon, and while Ferrari was predictably upbeat about how this was a new type of car for the company, for some Prancing Horse fans, things didn't quite add up. The California was more of a grand tourer than a true sports car, and it was powered by a V8 rather than a V12. No wonder rumours have persisted that the California was originally intended to wear Trident badges rather than Prancing Horse ones – rumours that Ferrari has consistently denied.

The V8 was a new 4.3-litre unit with a flat-plane crank and direct fuel injection, giving it 460hp at 7500rpm, with the power sent to the rear wheels via a seven-speed dual-clutch transmission. There was a new multi-link rear suspension system, F1-Trac traction control and carbon-ceramic brake discs were standard.

At the 2012 Geneva Salon, Ferrari unveiled an updated car tagged California 30, with an extra 30hp (now up to 490hp) and its kerb weight cut by 30kg. At the same time, a Handling Speciale package was introduced, which improved agility without wrecking the ride comfort; the key was the fitment of magnetorheological dampers along with more direct steering (10 per cent quicker ratio). This factory-fit package proved popular with buyers, and such cars are now easy to find on the used market. 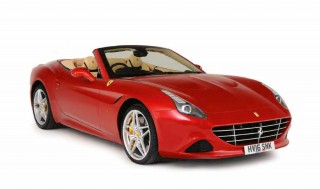 The big change came in 2014, though, when the California T was revealed at that year's Geneva Salon in March. Out went the 4.3-litre naturally aspirated V8 and in came a 560hp turbocharged 3855cc unit, still mated to a seven-speed dual-clutch transmission and now capable of 0-62mph in just 3.6 seconds. This new powerplant was claimed to use 15 per cent less fuel despite offering an impressive 70hp boost.

While the focus of the California T is usually on the powerplant, the changes were much more wide-ranging. New Magnaride dampers reacted 50 per cent faster than before, a more direct steering box was installed, the F1-Trac system was updated and the carbon-ceramic brakes were fettled too. But for many, perhaps the biggest improvement was to the body design, with the front and rear completely overhauled; only the roof was carried over unchanged.

Although this revised California T was far better to drive than its predecessor, Ferrari is all about evolution and in spring 2016 a Handling Speciale option was introduced. This was perhaps now less necessary than before, but it still sharpened things up for those who wanted to drive their California hard. For £5568 you got stiffer springs (16 per cent at the front, 19 per cent at the rear), recalibrated dampers, traction control and gearbox software to give upshifts that were 30 per cent faster and downshifts that were 40 per cent quicker. There was also a redesigned exhaust that provided a more raucous soundtrack.

Production of the California T came to an end in 2017 ahead of its replacement, the Portofino, arriving in 2018. It’s estimated that perhaps as many as 19,000 Californias of all types were made.

For some, any Ferrari with a V8 should have its powerplant in the middle, so the California was always going to be challenged by enthusiasts. But Ferrari has a pretty decent record with front-engined cars, and also when it comes to setting up an engaging chassis, and with the engine set well back to create more of a front/mid-engined layout, and by using a transaxle, a near-perfect weight distribution of 47 per cent front, 53 per cent rear was achieved. However, pushing the powertrain back meant compromises elsewhere. While the California is sometimes perceived as a 2+2, the back seats are only really suitable for luggage or very small children.

What isn't a compromise is the fitment of an aluminium folding roof, which was claimed by Ferrari to be lighter than a fabric alternative. As a result, despite the car weighing over 200kg more than an F430 Spider (and being 30hp down), it could get to 60mph from rest in just under four seconds, thanks largely to some honing of the dual-clutch transmission and its controlling electronics.

Those electronics are adjustable via the manettino on the steering wheel, allowing the driver to control the gearbox, stability and traction control systems (CST and F1-Trac) and the SCM suspension system. There are three settings: Comfort (keeping all of the safety nets on), Sport (providing maximum performance and stability in ideal conditions) and CST-off (switching off all electronic intervention apart from ABS). 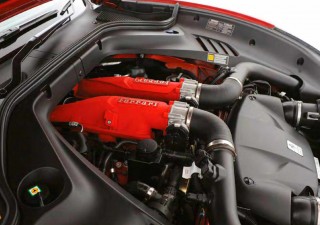 There's a wide central power band that flexes its muscles from 3000rpm all the way up to the red line at 8000rpm, but few California owners seem to exercise their cars hard; if they want white-knuckle thrills they tend to buy something mid-engined instead. More typical is someone like Doug Watkinson, who bought ideally suited to. With the roof up, the California is a luxury tourer and with it down and the wind deflector fitted there's very little buffeting. On a run the car will give 30mpg quite happily, so a 350-mile range is perfectly realistic".

Many of these cars are still under warranty, and a majority of them are still maintained by the official dealer network, so any problems tend to be dealt with pretty swiftly. It also helps that the California is built to a high standard. Some early cars were reported to suffer from glitches, mainly with the roof mechanism, but any such problems should have been ironed out by now. However, it's the roof that you need to focus on with your pre-purchase checks, so ensure that it seals properly and goes up and down smoothly. 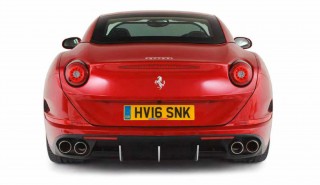 Although Ferrari’s claim is that California owners use their cars more than buyers of its other models, in fact many Californias get very little use. This can cause problems with the battery going flat, leading to an array of electrical malfunctions, so try absolutely everything several times to make sure it all works.

Doug Watkinson's 2010 California has done just 20,000 miles and its V8 has suffered from a leaky cam cover. He told us: “The work was done by an official dealer and a lack of use was cited as the key reason for the glitch. To fix things and get the covers repainted at the same time came to almost £1500.”

Engine mounts can be a weak spot, especially on early cars, leading to vibrations through the steering wheel. Expect to pay around £1500 to have the mounts replaced; it's an easy job once the car is on a ramp. Just about all Californias come with a seven-speed dual-clutch transmission (DCT) – only a tiny number of special-order cars had a six-speed manual gearbox. The DCT ’box on early cars can suffer from chafed wires inside, or faulty sensors, leading to the gearchanges becoming erratic, so check how smoothly the cogs swap on a test drive. Complete failure is possible, leaving the car stranded; repairs cost between £3000 and £7000 depending on the exact problem. 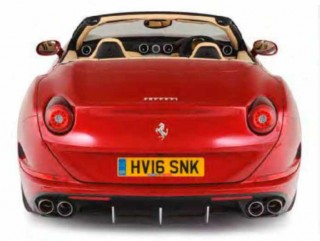 This is the bit that often sends potential owners running for the hills. When they discover that just an oil change runs close to four figures the dream evaporates – but the California is not like that. That's for two key reasons: firstly the engine has a timing chain rather than a belt, so it should never need to be replaced. Also, servicing costs are more manageable than you might think.

All Californias need to be serviced every 12 months or 12,500 miles. Cars registered from April 2011 came with a seven-year servicing package which covers all routine maintenance including fluids and labour charges (undertaken by official Ferrari dealers). There is no mileage cap on this, so if your mileage is such that the car needs more than one service in a year, this would still be covered.

For earlier cars which don't have a factory maintenance package in place, you can expect to pay £600-£1000 for an official dealer service. An annual service plus fluids would be £1200-£1300, and one including fluids and pads more like £3500. At an independent specialist such as The Supercar Clinic in Bolton (supercarclinic.co.uk), an annual service is £599, while the major service that's due every 18,750 miles is £1620. 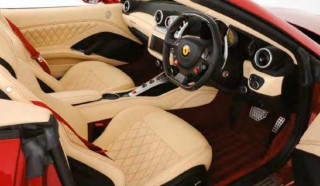 The fitment of ceramic brake discs means only track-driven cars are likely to need replacements, which is just as well because new ones cost £2663 each for the rears and £3385 for the fronts. These prices are from Scuderia Car Parts (scuderiacarparts.com). As for front brake pads, Superformance (superformance.co.uk) charges £813 for a set, while Scuderia Car Parts charges £594-£820 for rear pads depending on the year of the car.

Since 2007, all Ferraris have come with a standard four-year warranty (if they're UK-supplied with right-hand drive; all other markets have three years' cover). It's possible to extend this warranty by a year at a time up to the car's 15th birthday; any used car bought through an official dealer will come with a two-year warranty. You'll pay £4400 to extend the warranty for each year, but this cost includes any routine maintenance required in that time – and again, if you're a high-mileage driver you can enjoy more than one free service in this period.

As Ferrari's entry-level model the California sold well, so there are plenty of them on the used market. The earliest cars are on an ‘09’ plate, so they've just celebrated their 10th birthday. Even the cheapest examples are still worth around half of what they cost new. The cheapest example we’ve seen was a left-hand drive 2011 example imported from Saudi Arabia with 28,042km on the clock, which recently sold at auction for £66,788. RHD prices generally start at £75,000, although there is the odd car available for closer to £70,000. Even the leggiest California that we could find had covered just 52,000 miles, but few cars on the market have more than 25,000 miles on the clock. 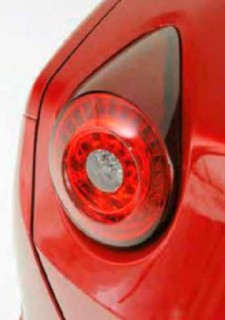 The naturally aspirated California is priced at up to £110,000, and this is where the California T then picks up the baton. For your 110 large ones you can secure a 2014 California T with just 10,000 miles on the clock; few of these later cars have covered more than 15,000 miles. The ceiling for the California T is about £130,000, but there is the odd car closer to £150,000 if it's very late, very low mileage and the owner got particularly carried away with the options list.

Many thanks to Peter Churchley, Doug Watkinson and Ferrari North Europe for their help in the preparation of this feature. Later California T (in photos) benefits from extra power, sharper suspension and a more focused shape.