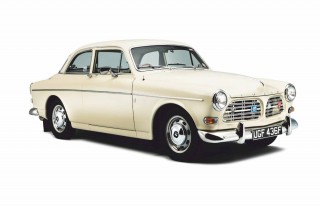 Six steps to buying a Volvo Amazon. With prices on the move, now’s the time to buy these stylish and tough Swedes. Words Richard Dredge. Photography John Colley.

How to buy yourself a solid, reliable Volvo Amazon and unlock a world of classic-car usability from just £3k

If you’re looking for a seriously tough classic that can take pretty much anything in its stride, from family motoring to historic rallying, few cars fit the bill like the Volvo 120 Series ‘Amazon’. Roomy, eminently capable of keeping up with modern traffic, safe and affordable to buy, the Volvo Amazon is also easy to work on, parts availability is excellent and running costs are low. And despite a reputation for being ponderous the Amazon is actually pretty decent to drive too. And because the Amazon was so well built, survival rates are good – so not only are there plenty to choose from, but a lot of those survivors are in really good condition.

Corrosion wasn’t traditionally a problem because of factory-applied rust-proofing; later two-door cars got some galvanised panels – seemingly at random – although this can lead to poor paint adhesion. New panel availability is excellent, with many still available from the original tooling. 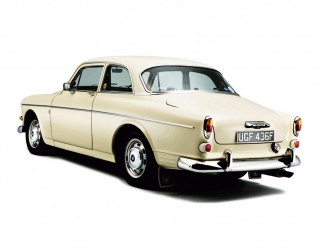 Start by checking the front and rear wings and wheelarches, plus the front panel. Floorpans and chassis rails survive well, but rust can crop up in the rails at the top of the inner wings. Repairs cost around £1000 per side. The wings themselves can rot, especially around the headlamps. Repairs aren’t usually cost-effective but new wings are available at £600 apiece. The front crossmember (behind the front panel) can also corrode, which is a £400 fix.

Other weak spots are the rear quarter panels and rear wheelarches, which harbour mud and rot from the inside out; allow £1200 per side for repairs. The wheelarch lip is double-skinned and some repairers don’t recreate the seam by the corner of the rear door; proper repairs cost up to £1000 per side.

As well as being more robust than the 140 that replaced it, the Amazon is also a lot more stylish. It’s also simple to maintain with plenty of upgrades available. Well rust-proofed from the factory, the Amazon doesn’t normally suffer major corrosion and most panels are available. Most exterior trim apart from the bumpers is stainless steel or anodised aluminium, so it’s also immune to corrosion.

A leaking front or rear screen can wreck an Amazon, so check these carefully. Old-fashioned mastic must be used to ensure the apertures stay watertight. If the screens have been leaking, the corners of the bulkhead rot – check this from the engine bay; £400 per side fixes things. Also vulnerable are the walls of the footwells, visible from behind the cardboard trim panels; budget on £400 per side to put things right. A sodden driver’s footwell can also be the result of a failed heater valve; new ones are £180 and replacement is easy.

The spare wheel well can rot when the drain hole gets blocked; repairs cost £500-£600 and new wells are available. Other possible rot spots include the lower edges of the doors (£600 per side to fix) and the rear section of each sill (£700 per side).

Amazon estates don’t suffer from rotten spare wheel wells, but the split tailgate can rot, so inspect both halves carefully. Repairing the bottom section isn’t difficult, but the top is full of curves so you’re almost always better off replacing than repairing. However, used panels are scarce so you’ll pay at least £1000 for both halves in good condition. Also on the estate, condensation can form under the rear side window seals, leading to the metal corroding out of sight and a bill of £600 per side to put things right.

‘The Amazon is roomy, capable, safe and affordable to buy, with excellent parts availability’

Three different capacity engines are available with various singleand twin-carburettor versions. This Amazon has twin SU carbs. Seats sagging with age is one of the few problems that afflict interior trim, and all parts are available at reasonable prices.

Oil pressure should be around 40psi at idle on a warmed-up engine; 50-55psi on the move. Make sure the oil filter is the correct £10 Volvo item with non-return valve or the bearings will be starved of oil from cold. If there’s a thump like worn big-end bearings at cruising speed it’s probably because of worn timing gears; upgraded replacements cost £400. Camshafts wear after 100,000 miles. Budget £1000 for a new one with new timing gear (usually needed at the same time) plus a £40 water pump. The core plugs rot on the exhaust side and once rusted in place they’re a pain to replace; allow £350 to put things right.

Especially heavy fuel consumption is probably because of a duff thermostat, allowing the engine to run cool (replacements are a fiver) or worn needles if a Stromberg carburettor is fitted (tired jets if twin SUs are installed). Budget £100-£200 to fix things.

Amazon transmissions are amazingly durable. Four-speed manual or three-speed automatic gearboxes were offered; only the former came to the UK, with or without overdrive. Overdrive is seen as essential by many, but a lot of Amazons don’t have it; upgrading isn’t difficult but it costs at least £1000.

Clutches, drive shafts, rear axles and propshafts are strong, but the rubber centre bearing of the latter wears eventually. Replacements are available, but three designs of propshaft were fitted – the first two are interchangeable. The B16 and early B18 featured one type, the later B18 another and the B20 a different spec again; budget £350 to get any reconditioned. Differentials are bomb-proof, but can leak through the hubs. Failures are pretty much unheard of but they will start to whine until addressed.

The double-wishbone front suspension is straightforward and requires little maintenance. The key thing to check is the state of each bush in the wishbones where they’re attached to the front crossmember. It’s best to fit polyurethane replacements at under £20 a set – an easy DIY job. Also make sure the springs are intact; cars on their original coils can snap at the bottom, but replacements are available for £300 per set of four and are easy to fit. Estates have heavyweight radius arms in the rear suspension, which contain very large rubber and aluminium bushes. If the car is loaded up the arms can crack; budget £200 per side to get this fixed.

The brakes tend to be problem-free, although the remote Girling servo on the B16 and B18 can suffer from a perished diaphragm, leading to the brake fluid being sucked into the engine. A Girling rebuild costs about £400 or a new Lockheed replacement is £216. Before 1967 not all Amazons had a servo; if there isn’t one fitted it’s worth installing one. The B20 got one as standard along with dual-circuit brakes; earlier cars featured a single-circuit design.

The heavy, chrome-plated steel bumpers are very expensive to repair or replace (up to £2000); many owners opt for a set of stainless ones for around £700. The rest of the brightwork doesn’t give any big problems; even the Mazak parts don’t corrode much.

Interior trim lasts well, but the seats sag. Webbing kits are available for £25 per seat and new foam is £160 per seat. Replacement front seat covers cost £300 each (vinyl) or £500 (leather), a new headling is £200 and a carpet set £350 (approximate prices from skandix.de). The electrics give few problems, although the 30amp fuse in the engine bay can fail and replacements aren’t available, but repairs are possible.

5 Late B18s are favoured for historic rallying; post-1967 B20 Amazons are put into the later post-historic category.

Andy and Lynne Marshall bought their first Amazon 27 years ago; they ran a saloon and estate as everyday cars for a decade before running 240 and 740 estates. Says Andy, ‘After these we ran a PV444 which was too slow for everyday use, so I looked for another Amazon. I found a Ruddspeed-tuned 122S saloon and bought an estate for the extra practicality. They’re our everyday cars along with a PV544. We’ve taken the saloon touring in Europe and the UK; both Amazons have overdrive and a B18 engine on twin SUs. On a run they can give 35mpg, although 25mpg is more typical.

‘Parts availability is good and they’re easy to work on; the only special tool that’s needed is an £80 hub puller to work on the rear brakes. The only real weakness is the fibre timing gear, so I’ve switched both of our Amazons to steel. Each of the cars does about 3000 miles each year. I’ve fitted Rover 200 seats into my estate because they’re more supportive than the originals – I also prefer leather trim to the factory-fit vinyl. With both cars now in good order I’d expect to spend no more than £200-£300 per year keeping them running nicely.’

‘Years ago when I was at college, a friend had an Amazon that he used for rallying, and I fell in love with it. Then in 2012 I bought a 1967 two-door saloon. For the first six months everything was fine, but then I decided I wanted to improve things. The whole car was stripped back, new wings were fitted and the rear wheelarches repaired. I swapped the B18 engine for a B20 which I got bored out to 2.2 litres and I fitted a spicier cam. The transmission and braking systems were overhauled, an overdrive gearbox was fitted and the result is a car that’s perfect for touring.

‘Fitting Alfa Romeo seats improved comfort – they’re much more supportive than the originals. I’ve done about 15,000 miles in it, including a 10-day trip to Europe, and it was perfect. The car averages around 25mpg and so far it has been completely reliable, but it’s not a hard car to work on; I do all the routine maintenance myself. Parts supply is superb and most things are very reasonably priced. I’m in the various UK-based clubs and follow quite a few forums; there’s a lot of expertise out there that you can tap into very easily.’

‘In 2001 my father and I decided to buy a classic car in which to go historic rallying and hillclimbing.

We signed up as marshals with the Historic Rally Car Register and noted which cars enjoyed the most success. It was always the Sunbeam Rapiers and Volvo Amazons, so we looked for both and ended up with this 1966 Amazon, which competes in the post-historic class because it features a fast-road B20 engine. Dyno’d at 150bhp and capable of revving to 7000rpm, it’s a fabulous engine. The car also has a Quaife limited-slip differential and an overdrive gearbox.

‘My dad didn’t take to navigating and I love doing the driving, so he’s since bought his own Amazon to race in. Mine also goes on European road trips, especially to the Spa Classic. I still do quite a few rallies and hillclimbs each year, but maintaining the car is not especially demanding. The engine cost £6000 to build and a body restoration cost me £11,000, but I struggle to spend much more than £1000 per year on tyres and routine maintenance. These are very durable cars; mine still has the Bilstein shock absorbers fitted in 2001, even though it’s now competed – with quite a lot of success – in dozens of sprints, hillclimbs and rallies since I bought it.’

This car has only covered 18,000 miles since new. The first owner, an elderly gentleman, had the car for 40 years and only covered 11,500 miles.

Finished in Graphite Grey with red trim, the interior is in as-new condition and it retains the plastic covering on the rear door cards and B posts. The body has never had any welding and is in a truly time-warp condition. Best one on the market!