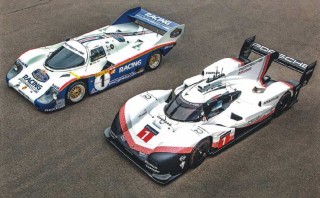 I’s amazing what manufacturers or, perhaps more precisely, their overpaid marketing departments and advertising agencies, deem newsworthy these days. Hardly a day goes by without some spurious rubbish pinging its way into my inbox, and I must confess that most of the dross is sent to the virtual wastebasket with the most cursory of glances.

A couple of weeks ago, Skoda’s marketing department took the biscuit, though, with this snappily-titled press release, ‘New Skoda Kodiaq vRS completes record-breaking lap at the Nürburgring’. Wow, what had they done to it, I wondered? Dropped the V10 from sister company Audi into the Kodiaq? No, nothing could be further from the truth.

In fact, Skoda had paid Sabine Schmitz to trundle its 2.0-litre diesel-engined SUV around the ‘Ring in a blink-of-an-eye under nine-and-a-half minutes, to set a ‘Lap record’ for a seven-seat SUV. Sorry Skoda, but what a waste of time!

Firstly, do buyers of a large SUV give two hoots about a Nordschleife lap time? Secondly, it looks a little limp when compared to the sub-eight-minute time Alfa managed with its Stelvio SUV. Sure, the Stelvio doesn’t have a third row of seats, but it was over a minute and a half faster than the Skoda. And thirdly, is it even true? I’m sure BMW, Mercedes-Benz and Audi have all thrown the X5, G-Class and Q7 around the Nürburgring much faster than that – they all have larger and more powerful engines than the Skoda, for starters. But, fortunately, they didn’t deem it necessary to shout about it because buyers of SUVs simply don’t care.

Ultimately, I don’t think chasing Nürburgring lap times in road cars is anything more than an exercise in corporate willy-waving. These are road cars after all and, if anyone’s mad enough to drive them on the road like the test drivers do on the ‘Ring then, quite frankly, they need locking up. And who’s to say whether these supposed production cars are the same as the ones that are delivered to customers?

The internet is always awash with conspiracy theories whenever a new time is set. Has the boost been turned up? What tyres was it running? Also, let’s not ignore the fact that these lap records are always accompanied by hordes of technicians and mechanics who are there to try and eke every last second out of a car. And does anyone really buy a Lamborghini over a Porsche (or vice versa) because of its ability to lap a random 20-kilometre strip of Tarmac in Germany a few seconds faster?

Having said that, one must, however, doff one’s cap to Porsche’s boffins for what they achieved at the Nordschleife last month. For 35 years, Stefan Bellof’s 6:11.13-minute lap record in a Porsche 956 C was the benchmark and, quite frankly, it looked like it would never be broken. That was until Porsche turned up with its tweaked Le Mans 919 Hybrid Evo race car, and absolutely obliterated the previous record.

With Timo Bernhard at the wheel, the car clocked a 5:19.55-minute lap – a monumental 51.58 seconds faster than Bellof’s time. That’s a lap of the ‘Ring at an average speed of 145mph – if you’ve driven the track you’ll know what a mindboggling feat that is.

If you ask me, that’s a proper achievement, and makes Skoda’s latest SUV escapade look rather silly. Leave the lap records to the racers in race cars, please – and, just this once, I’ll allow a bit of marketing spend… even if his car didn’t have seven seats.

“Ultimately, I don’t think chasing Nürburgring lap times in road cars is anything more than an exercise in corporate willy-waving”