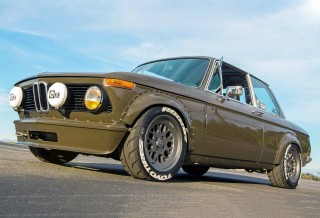 The ’02 is, historically, a very important model range for BMW as it is the car that is credited with saving the company back in the ’60s, when it was rather far removed from the Bavarian automotive powerhouse that we know it as today. Back then, BMW didn’t have a crowd-pleasing numbers machine with which it could rake in the cash and it desperately needed something to keep itself afloat.

Then, in 1966, the ’02 range was launched and BMW’s fortunes changed in a big way, pretty much overnight. It became an instant success and also singlehandedly created the sport saloon sector, with which we are all so familiar with – and fond of – these days. It was both the hero that BMW needed and deserved, and the company absolutely nailed the whole concept. When it went off sale in 1977, with almost half a million units sold across the multiple iterations of ’02 that were produced, BMW must have been extremely pleased, with handshakes all round for a job well-done and then it was time to move on and plan for the future. The ’02 had played its part in the history of BMW and it would never be forgotten. BMW could have never imagined, however, that more than 40 years after the plucky little ’02 had gone off sale, fans of the Bavarian marque would be taking what was designed as a sporty but sensible little family runabout and putting their own spin on things, some more than others. Case in point, Oszkar Basci and his custom 2002, which is certain to raise more eyebrows than most, and we love it. 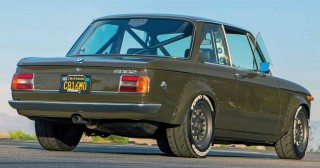 Oszkar is a man with an interesting personal history: born in 1985 in Romania, he was introduced to cars at a young age by his dad, and most of us can trace our love of cars back to a family connection.

He and his father spent time together fixing the family’s often-broken Trabant 601 and it was this that sparked a passion for working on cars, particularly classics, that would stay with him into his adult life. When he later moved to America, he took his passion with him and was lucky enough to be able to make a career out of restoring and customising older cars, which brings us neatly to this 2002.

For Oszkar, there’s no fun in driving stock or modern cars, it’s all about modding classics for him and his efforts with this 2002 have resulted in something really rather spectacular. It’s lived a life, this car, having spent a lot of time earning its keep since the ’80s as a race car, which meant it needed a fair bit of TLC once it came into Oszkar’s hands, but he was clearly the right man for the job. The first thing you notice about this example is the exterior, because it straight-up smacks you in the face. What’s interesting is that once you start to look more closely you realise that there’s not actually been that much done to the car’s exterior, it’s the just the way in which everything’s been done that gives it so much impact. The colour plays a huge part in proceedings; it’s a custom shade based on a vintage Fiat green and this solid, dark shade of olive gives this 2002 an almost military look. It’s an awesome, stand-out shade that really suits the car’s classic lines and gives it some serious presence. This is further aided by that chunky 2002 Turbo front valance and, of course, those awesome bolt-on arch flares, which just look so good on this car, especially in this colour. They make this little BM look so squat and stocky and without them it would almost look naked. 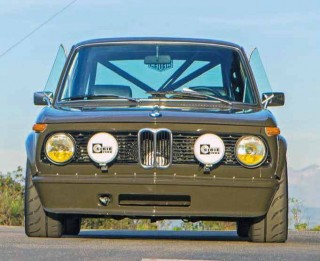 The finishing touches are a lightweight fibreglass rear bumper and those ultra-cool Cibie Oscar front rally lights. Every element on the whole cars works together so well and they all combine to make this a truly special build.

The chassis has been treated to a fresh set of CAtuned coilovers with adjustable top mounts, new bushes, ball joints and an Ireland Engineering adjustable rear anti-roll bar. Oszkar has set up his suspension to deliver the perfect drop, enabling him to get his ’02’s chubby arches lowered beautifully over the fat 225/45 Toyo R888R rubber that’s been wrapped around those 16” Fifteen 52 Formula TRs. Not only do these matt grey wheels suit this 2002’s look, they fill those arches out to perfection and tie-in so well with the paintwork. Behind them sit disc brakes all-round with rebuilt calipers and braided brake lines and you realise these upgrades are necessary once you start to learn what’s going on beneath the bonnet because, impressive as this build is on the outside, there’s a lot more depth to it than just those head-turning looks.

If anything, the engine is really the star of the show because this is a fully-built race engine by Korman Autoworks and it’s pretty special, with a spec list that’s seriously impressive. At the heart of it all sits a 2.0-litre M10 but little of the original four-pot remains; it’s been equipped with 47mm stainless steel intake valves and 39mm stainless steel exhaust valves, Schrick uprated valve springs, titanium valve spring retainers, lightweight con rods, competition rocker arms, a 292° cam, cut ring head gasket, Ross high-compression pistons and an MSD ignition system. It breathes through dual side-draft Weber carbs and has a set of custom shorty exhaust manifolds by Top End Performance with 2.5” piping that leads to a Magnaflow silencer. There’s also a baffled race sump, custom valve cover with catch tank, uprated rad and electric cooling fan. Korman has managed to extract some seriously impressive figures from the four-cylinder engine, with power now standing at 180hp, adding 80hp to what the original M10 would have left the factory with, and it means this 2002 is a seriously rapid little road rocket. An AASCO lightweight aluminium flywheel connects the engine to the rebuilt four-speed manual gearbox, with a Sachs race clutch, there’s a balanced propshaft, while a 3.91 LSD ensures that Oszkar is able to deploy the power with maximum effect. 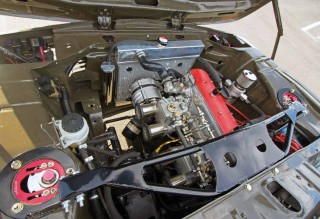 Of course, with a car of this calibre you would expect the interior to have been attended to and it’s most definitely worthy of the rest of this build. Up front, the original seats have been modified, with increased bolstering for added lateral support and they have been fitted with a set of four-point Motamec harnesses, which are mounted to a NASA-spec rollcage that replaces the rear seats and has been tied to the rear shock towers. A deliciously retro Momo Prototipo steering wheel has been fitted along with a rally-style switch panel, which seats beneath the dashboard and houses water temperature and oil pressures gauges as well as switches for the ignition, lights and fan. It’s suitably sparse and utterly cool, working perfectly with the car’s whole look.

This really is an exceptional 2002 and whether you love it or not, you have to admire the vast amount of work and passion that’s been poured into it. It really is unique, the result of one man’s vision and so far removed from the machine it started out life as. We admire not just the end result but how thorough Oszkar has been with this build, stripping the original car back to nothing and creating this awesome little machine from that blank canvas. It looks sensational, quite unlike anything else, but it also delivers where it counts, with that incredible engine and we love the fact that he hasn’t swapped in something modern and foreign into this ’02. It would have been an easier option, but where’s the fun in that? Ultimately the satisfaction you get from a build like this is twofold, as Oszkar himself explains; “Once you go and drive it and then you get home, you just feel like you’ve had a good day. You feel like you’ve done something. You feel physically tired and it’s just everything, it just beats you up and that’s its feedback,” he enthuses. “As soon as I get in and get on one of these roads and just open it up… it just makes you smile. We made this and it’s exactly how I want it to be and it just gives you this good fulfilment. Because you are creating something,” he grins and that’s it right there.

A car like this gives you that physical, visceral thrill of the drive but it also brings you that special joy and sense of satisfaction that you can only experience when you’ve built your own project from scratch. This is why we’re here, this is why we do this, because nothing else comes close. 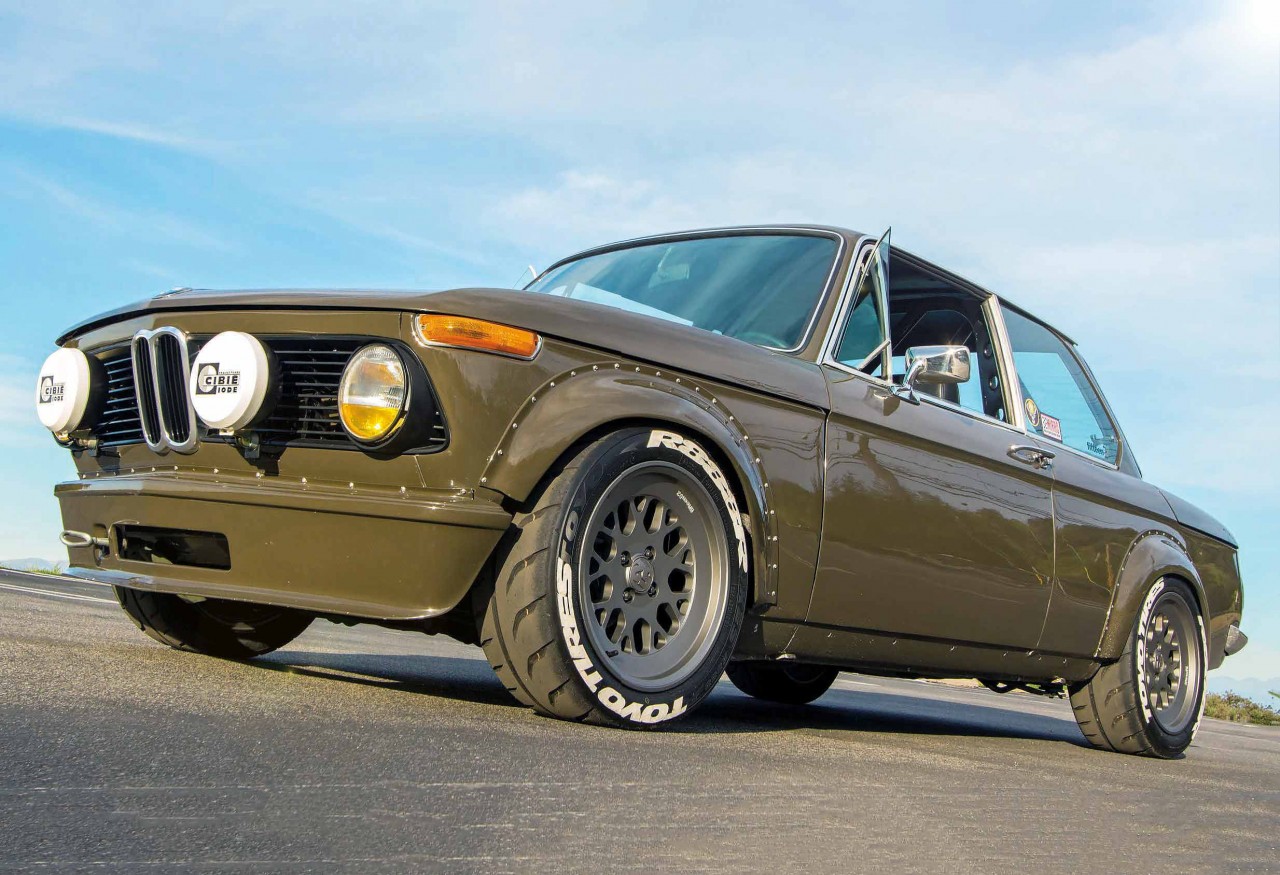 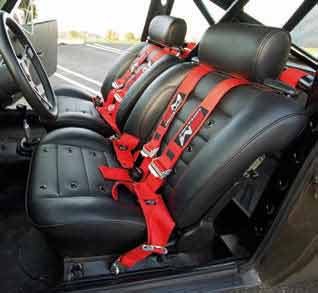 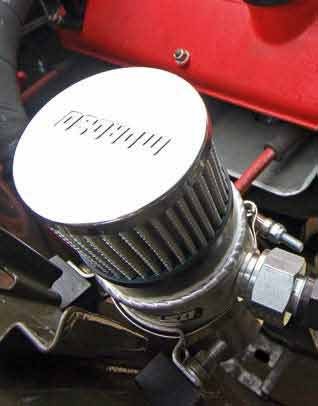 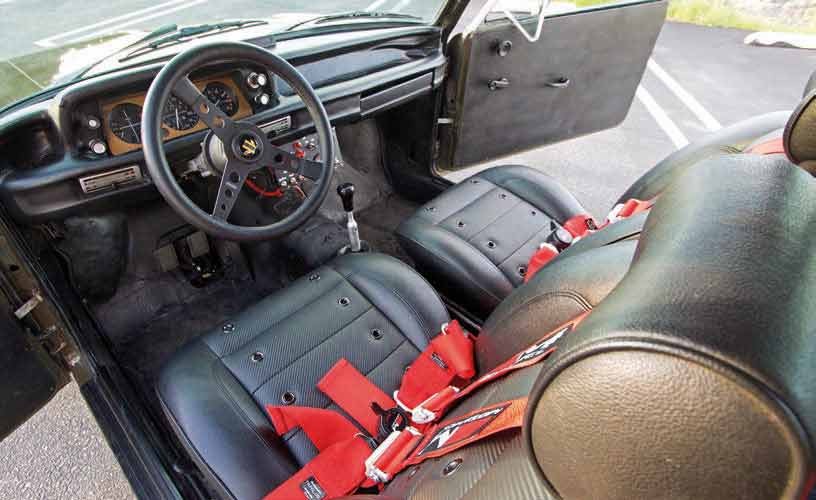 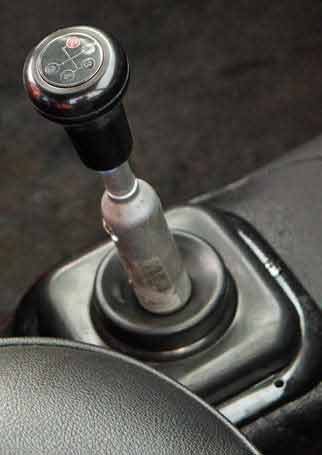 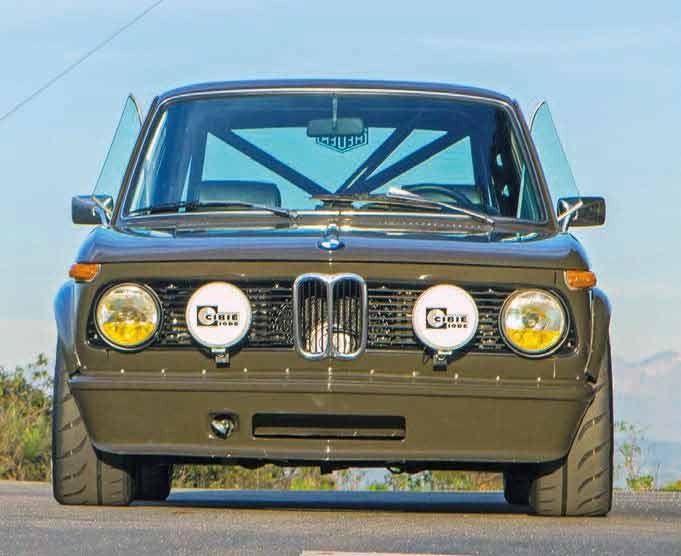 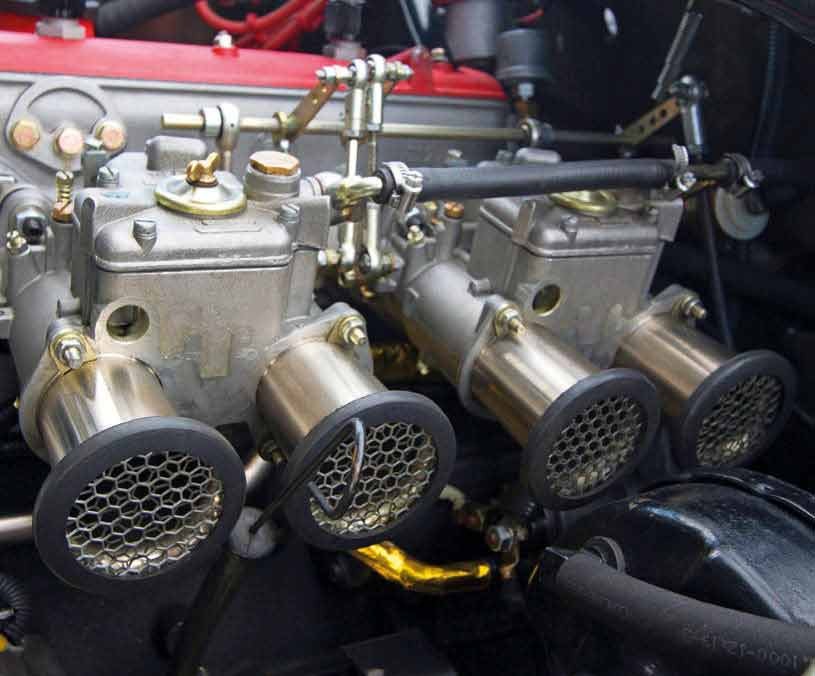 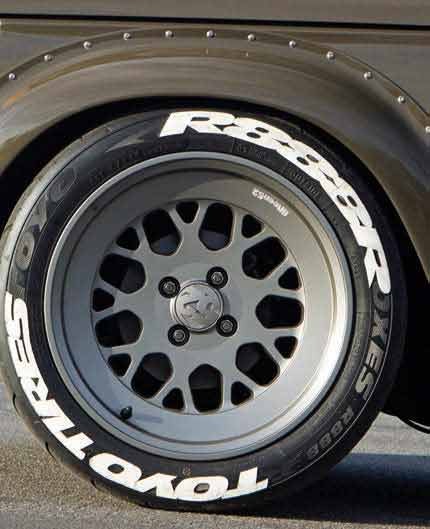 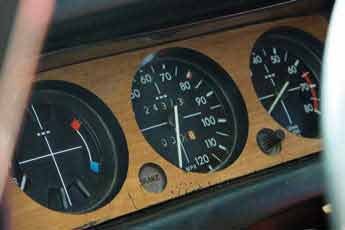 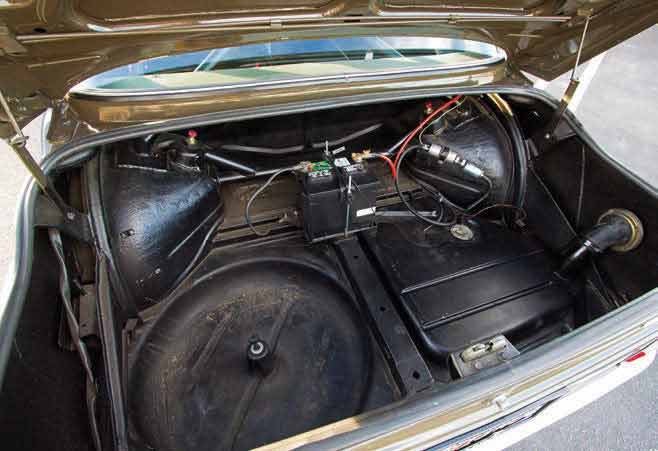 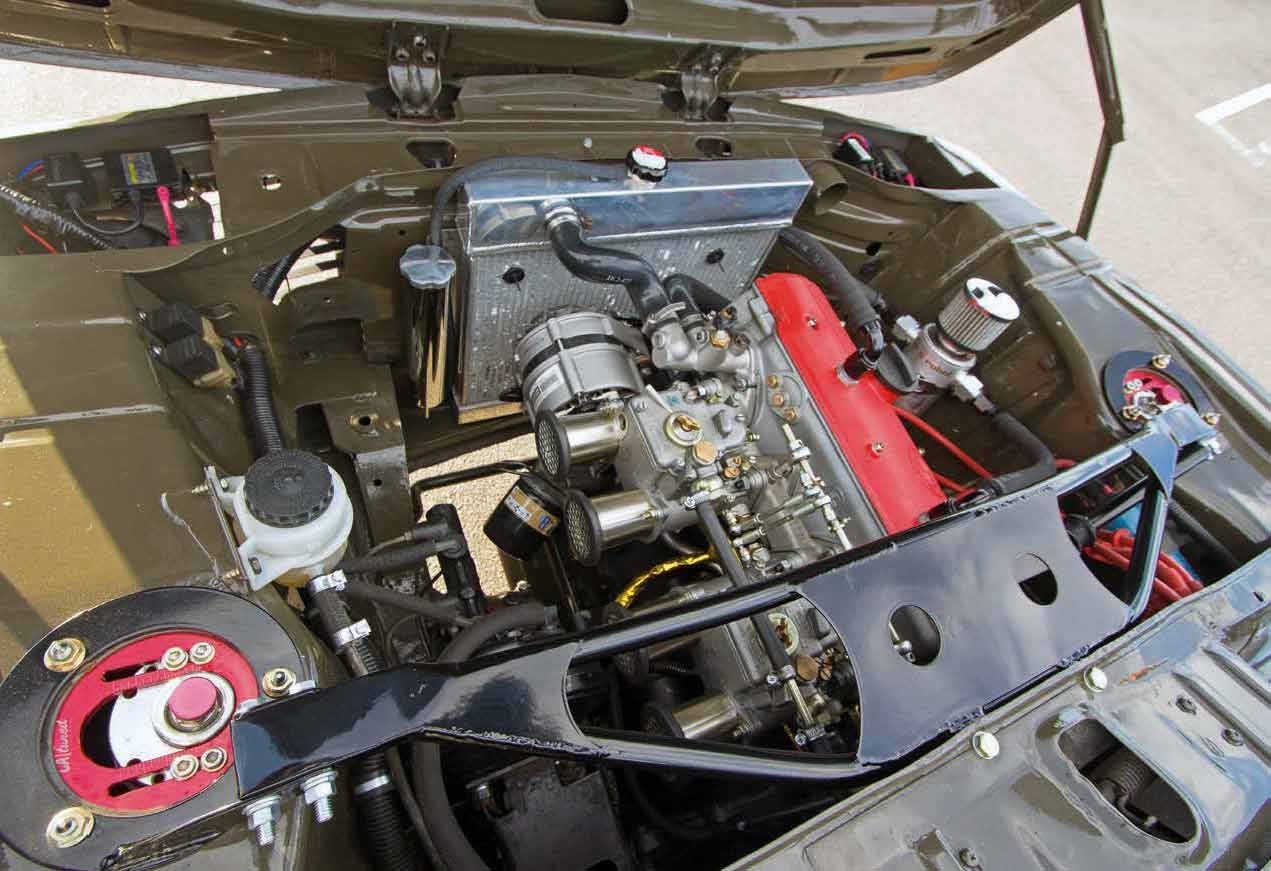 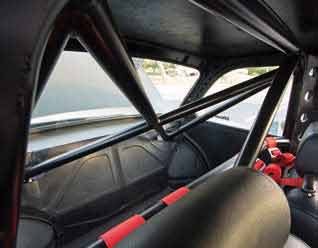 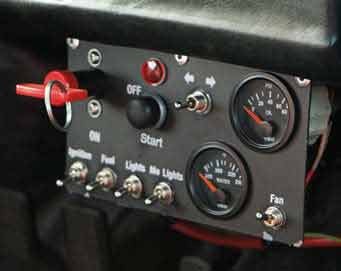 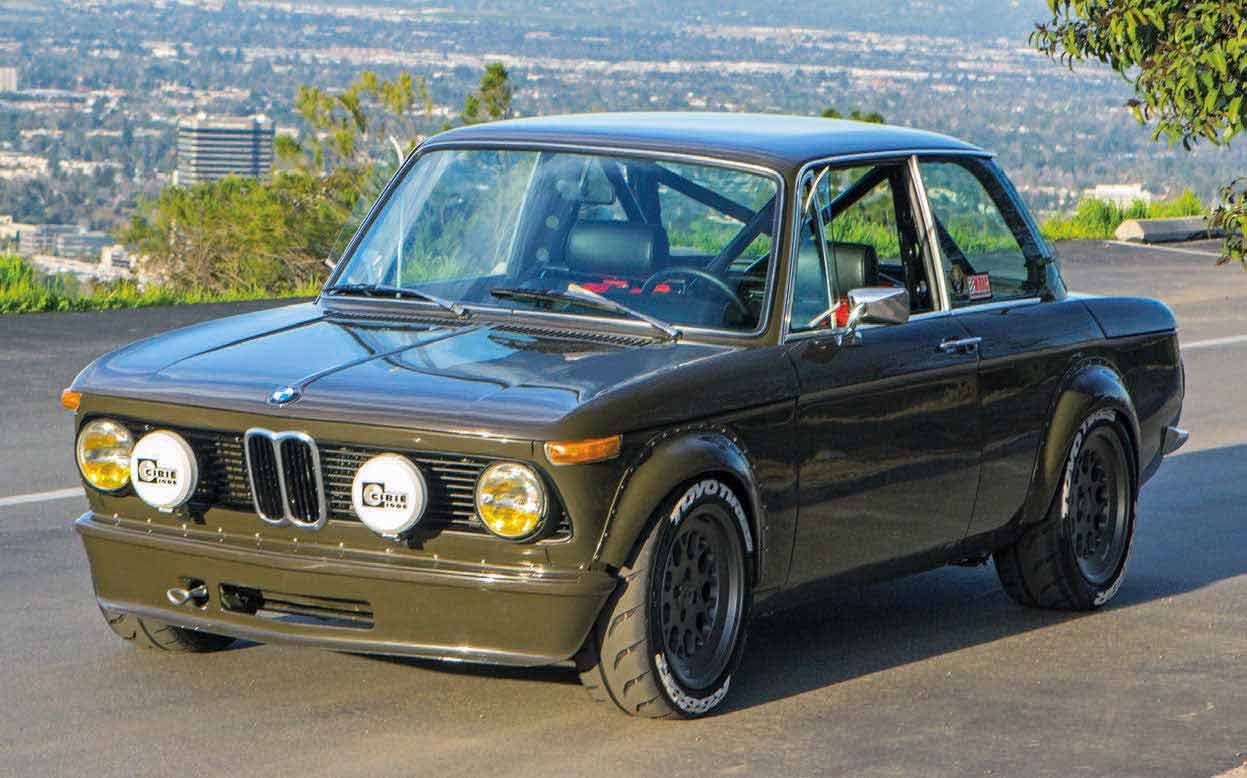 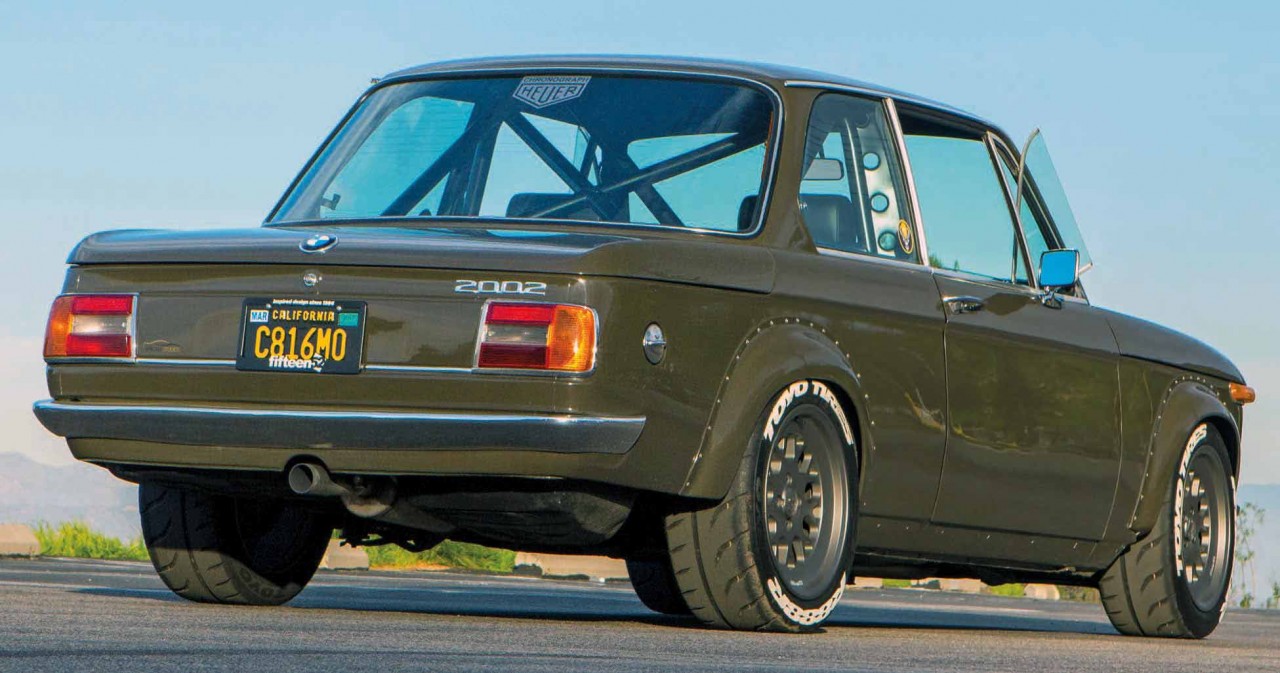 “If anything, the engine is really the star of the show because this is a fully-built race engine by Korman Autoworks and it’s pretty special”

“The first thing you notice about this example is the exterior, because it straight-up smacks you in the face”